In a world where resources are rapidly running out and economic growth continues to damage the planet, there is one logical alternative: circularity. When we close the circle of material use, one person's waste becomes a valuable resource for another. In our constant search for newer, bigger and more we often fail to realize that we already have everything we need. To contribute to enduring cities, further development should not be based on quantity, but on respect for the existing quality of the earth we inhabit. Circularity takes advantage of current resources in order to enhance future qualities – and cities are pre-eminently the place where this can take shape. 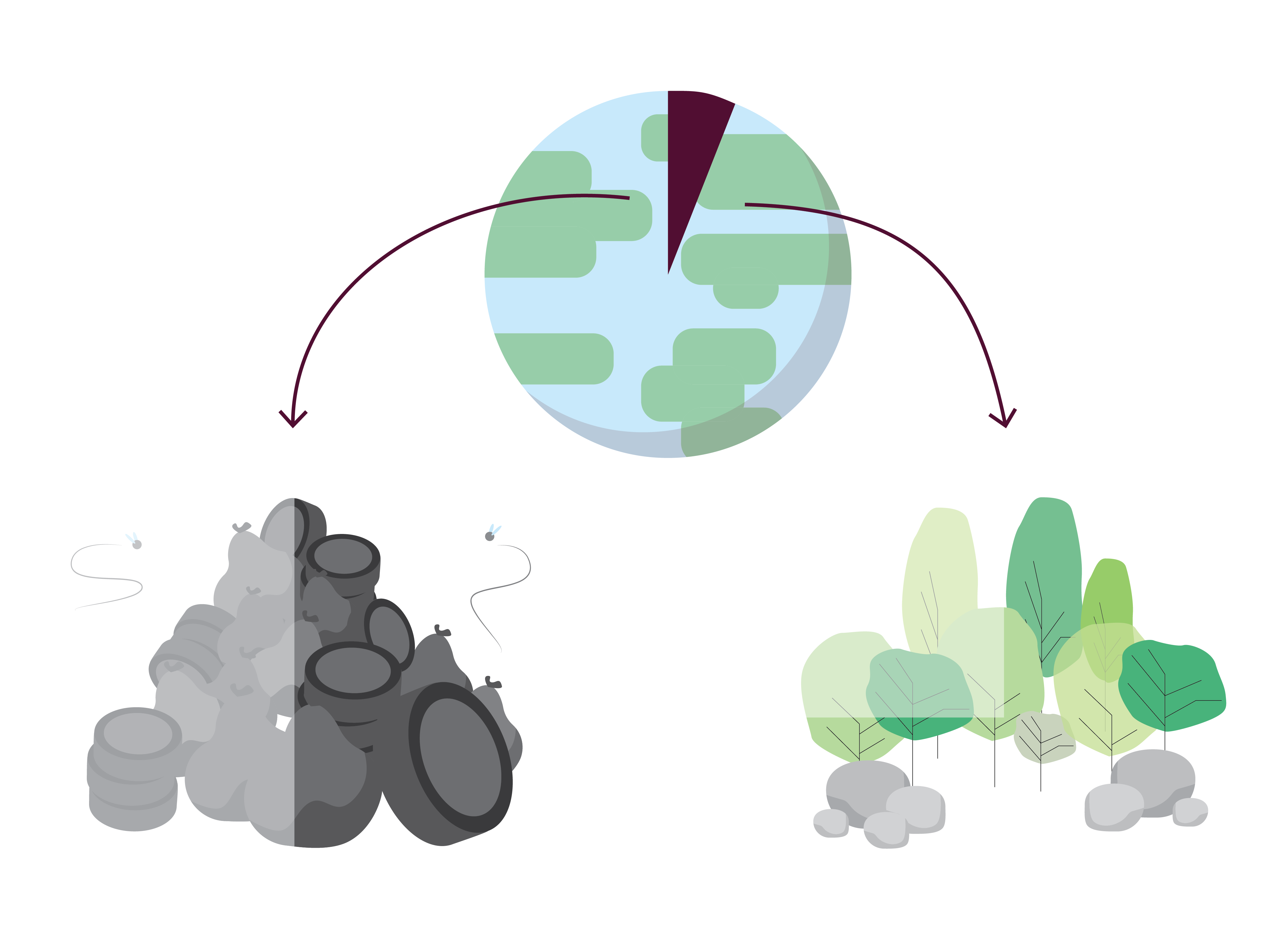 Circularity is first and foremost about reducing and reusing materials. The opportunities and urgency for circular material flows are greatest in cities. By 2050, two-thirds of the world's population is expected to live in urban areas. Although these centers cover only 2% of the world's total surface area, they account for about 75% of the total consumption of natural resources, and urban dwellers produce 50% of all waste. As such, the impact of cities on pollution, climate change and biodiversity loss is disproportionate.

Urban circularity: rather today than tomorrow

It is not only the consumptive behavior in cities that has a negative climate impact but the layout of cities also plays a major role. Soil sealing with, for example, hard pavement materials increases water infiltration problems and heat stress, not to mention the high CO2 footprint of asphalt and concrete. In order to provide a healthy living environment for everyone, the densification of cities requires a quality boost of the existing public space where circular design can play a role. Luckily, circularity is already anchored in national ambitions. For example, the Dutch government wants to run entirely on a waste-free economy by 2050 and use half as many raw materials by 2030. While steps are being made, time is ticking and we need to act now. How can we accelerate this shift to circularity as urban designers? 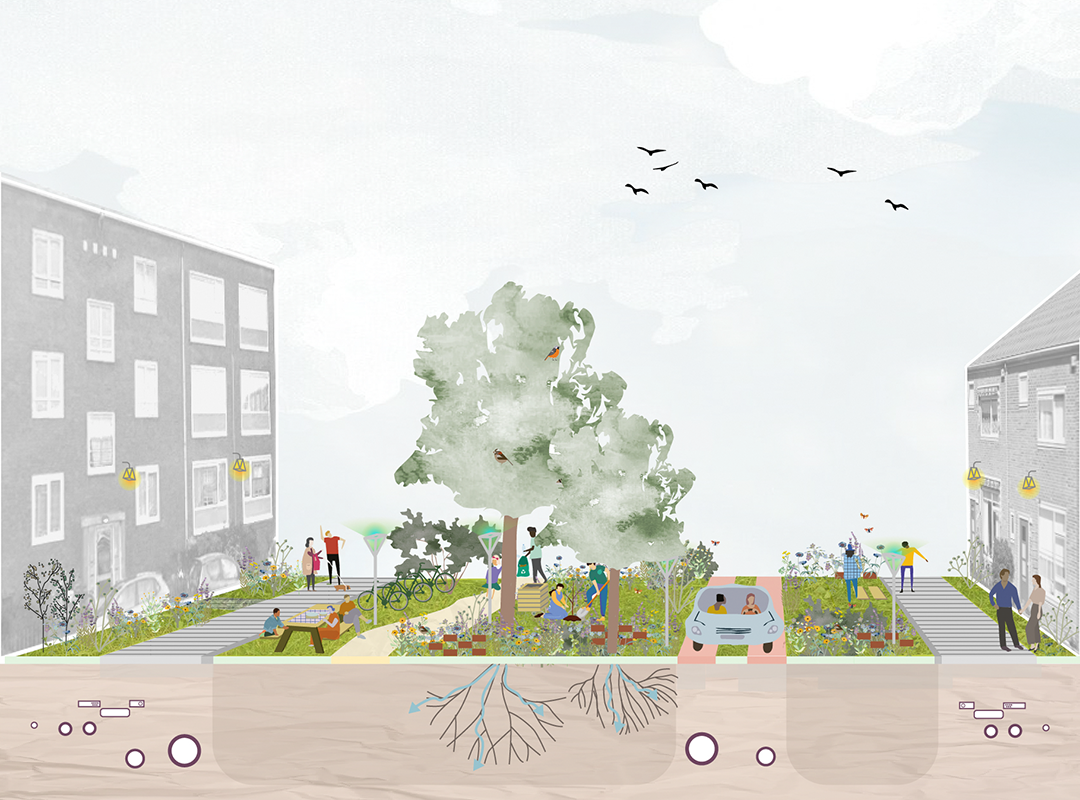 First of all, realizing a better, sustainable living environment starts with looking at the bigger picture. The circularity transition does not stand alone, but must always be addressed in combination with other transitions. During our research on circularity in post-war neighborhoods it became apparent that if we look at circularity in relation to other ambitions of cities and integrated design, more can be gained from reducing and reusing materials. For example, by minimizing the space claim of mobility, we can unpave public spaces and  collect the discarded materials and use them in new developments. As a bonus, such transformation projects also make it possible to create more green public spaces, improve water systems and promote biodiversity.

The second way in which design can accelerate the transition to a circular public spaces strategy is by helping to revise municipal public space guides where design principles and materials for use in renovation or new construction projects are specified. If these guides integrate principles of circularity, public space in cities will automatically become more circular and sustainable with every new project. With its so-called "Puccini method", Amsterdam, a circular forerunner among Dutch municipalities, provides an inspiring example of how municipalities can create attractive, sustainable living environments by using less materials and reusing more. 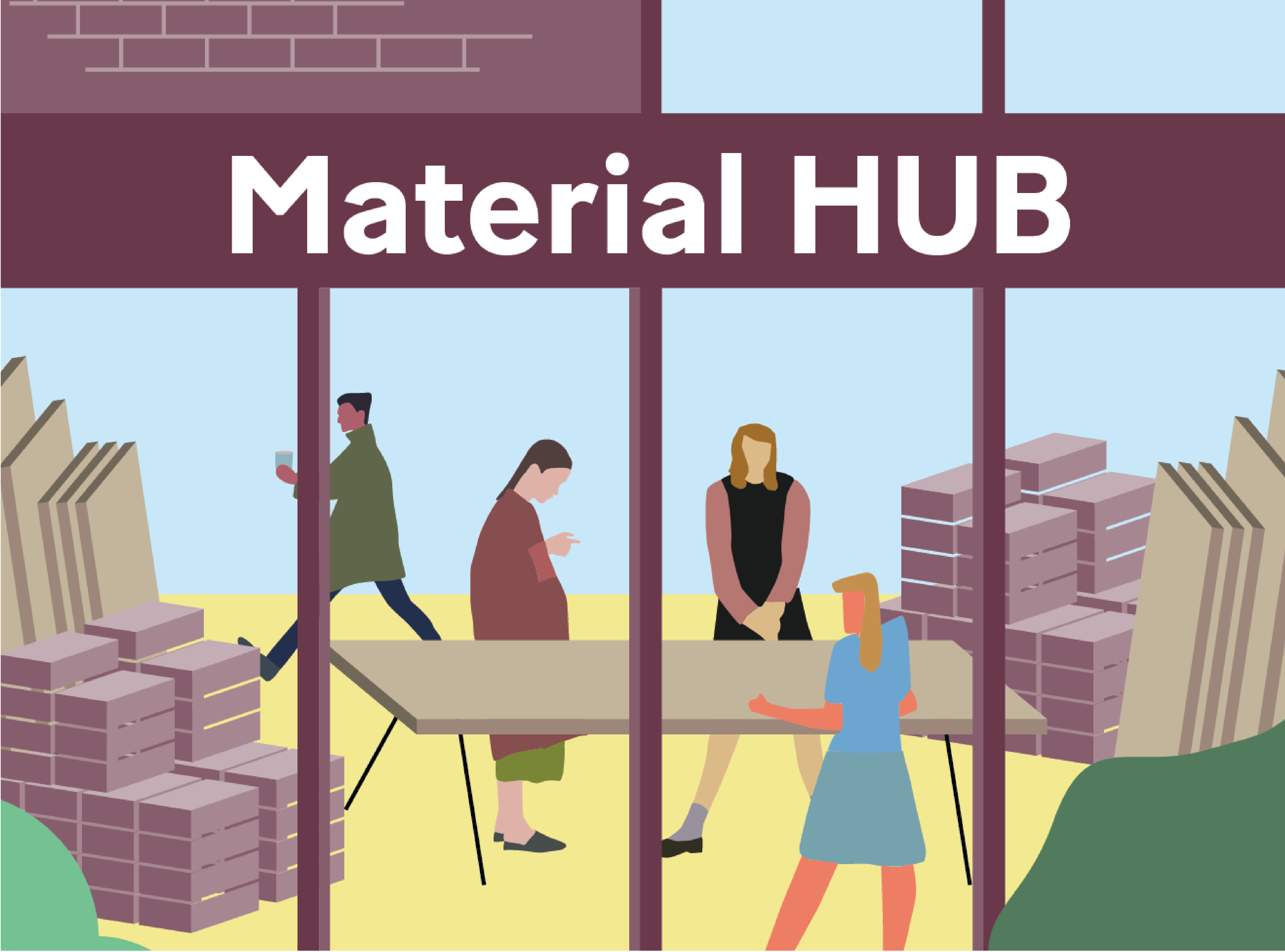 Connecting the dots: past and future

Finally, the added value of designers as advocates for circularity lies in their ability to inspire and creatively reuse materials on a practical level. Public spaces are currently full of materials that can be reused, but how do we know what is available where? And when? What can the materials be reused for? Research by design can form the bridge between now and the future and scenarios can give insights into how to answer these very questions. Material banks can accommodate the incoming and outgoing flows, but not all the materials will be in the same condition. Creativity is needed when refurbishing and reusing damaged materials and experimenting with irregular shapes. The Japanese "wabi sabi" principle, which honors the beauty of imperfections, lends itself perfectly to a circular public space with restored materials that show traces of a flawed past. Designers can translate the possibilities and convince their clients of their beauty.

Designers can contribute to a transition to circularity in at least three ways: by working on integral designs that improve different transitions simultaneously, by rethinking municipal policies that stimulate circularity and by devising creative methods for reusing second-hand materials. Public space is an important testing ground for circularity, especially because this is where major transitions become visible to the public eye and public awareness and involvement can be encouraged. Design can help to combine separate ambitions into something greater than the sum of its parts, visualize what is possible and entice a new aesthetic. With design we can help to transform what we already have into something better; into a resilient and circular world. 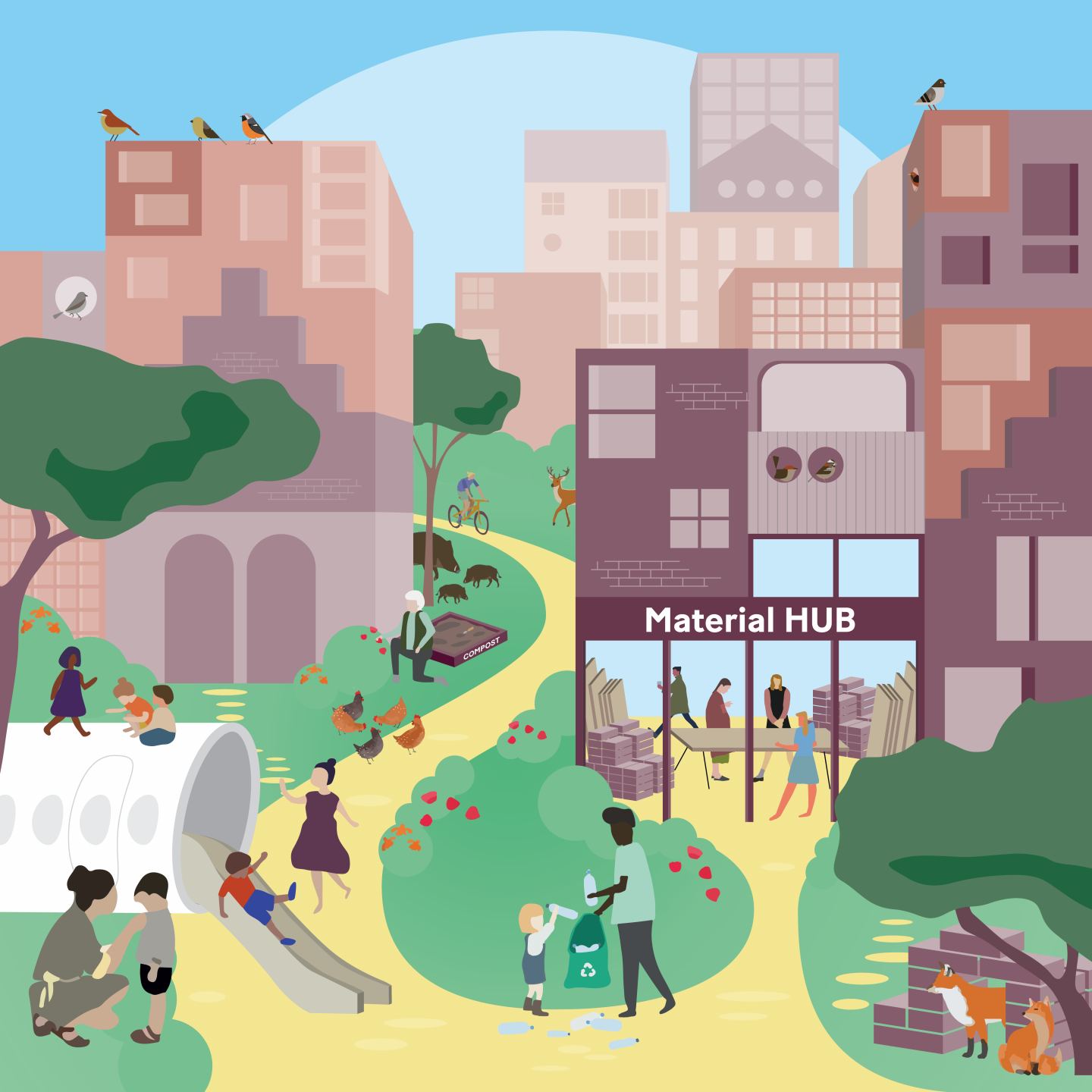 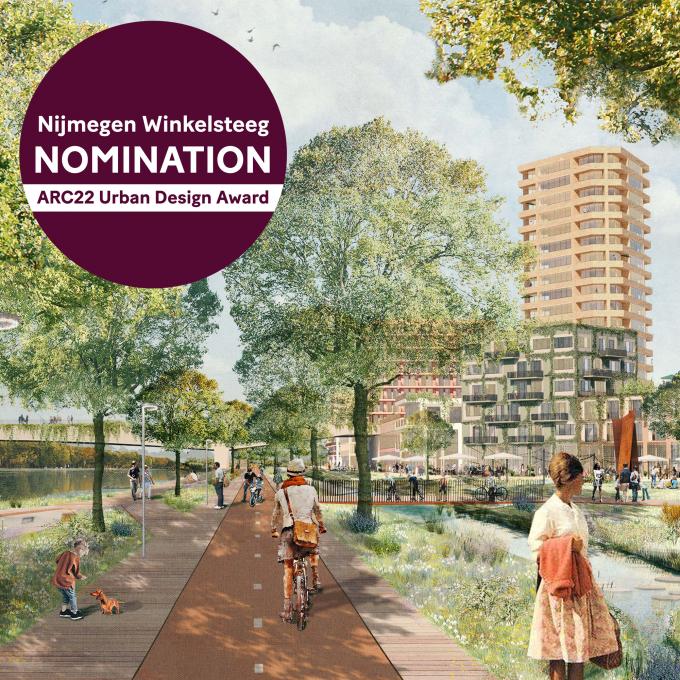 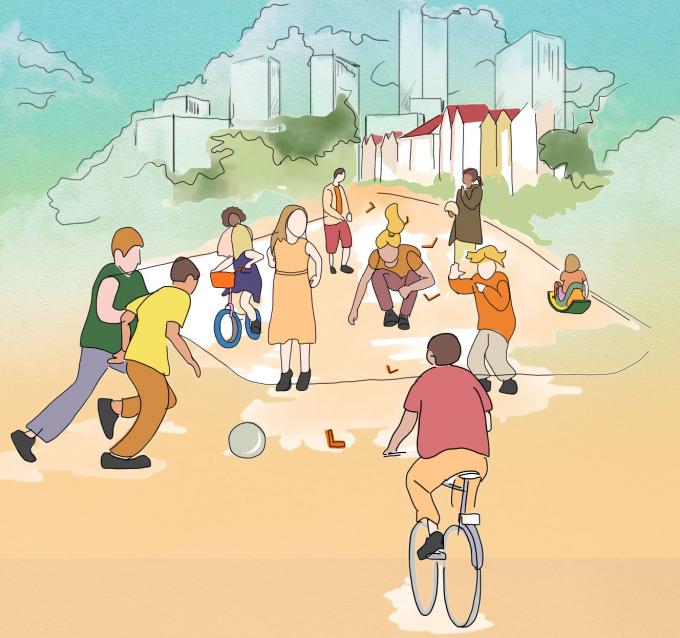