The bicycle is one of the most important means of transportation in the Netherlands, and in addition, cycling is also popular as a recreational activity. Many recreational cyclists plan their trip using bike nodes. For this #motm, we created an interactive map that allows cyclists to plan their summer routes along both bike nodes and water taps.

After all, during the summer months it is important to stay well hydrated during a bike ride! In this case, combining two existing maps clearly provides added value. Cyclists can plan a beautiful route and quench their thirst along the way. 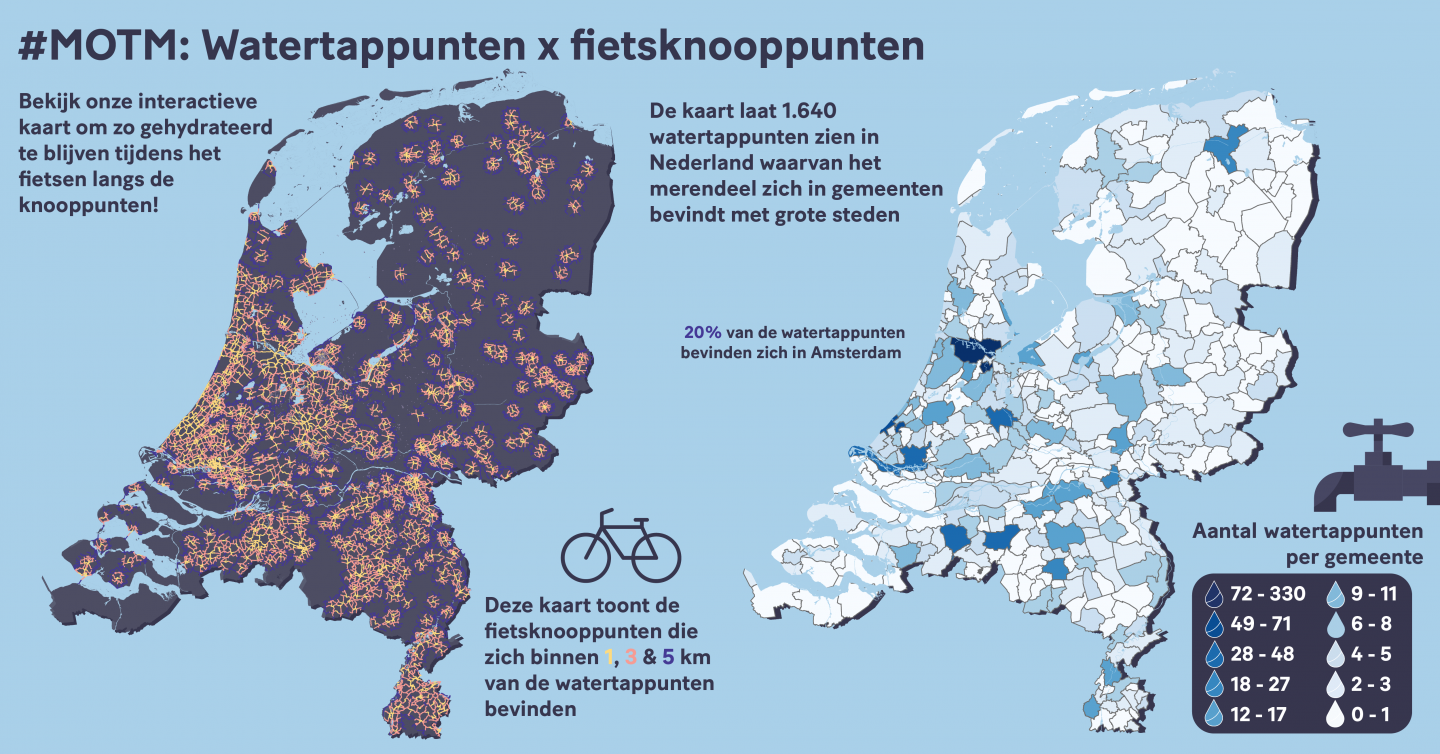 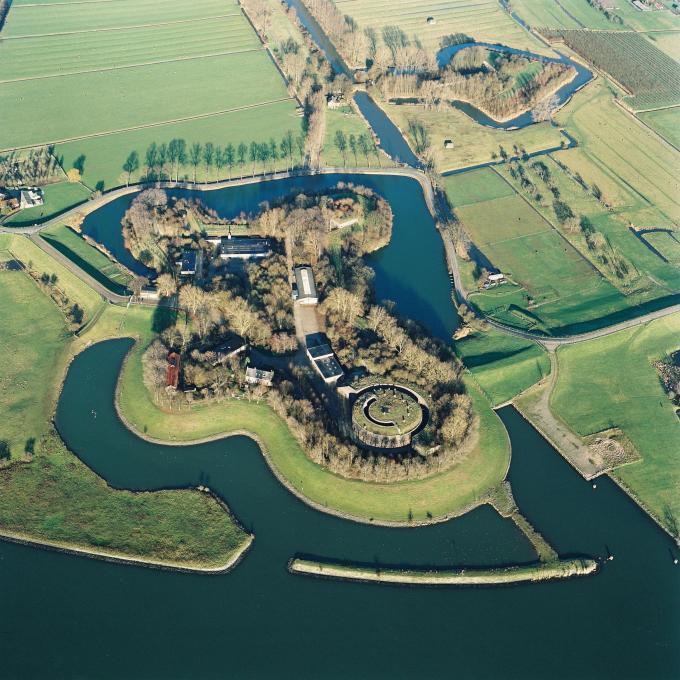 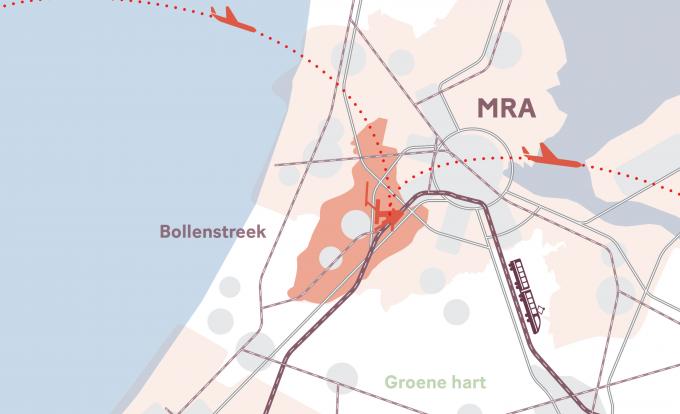 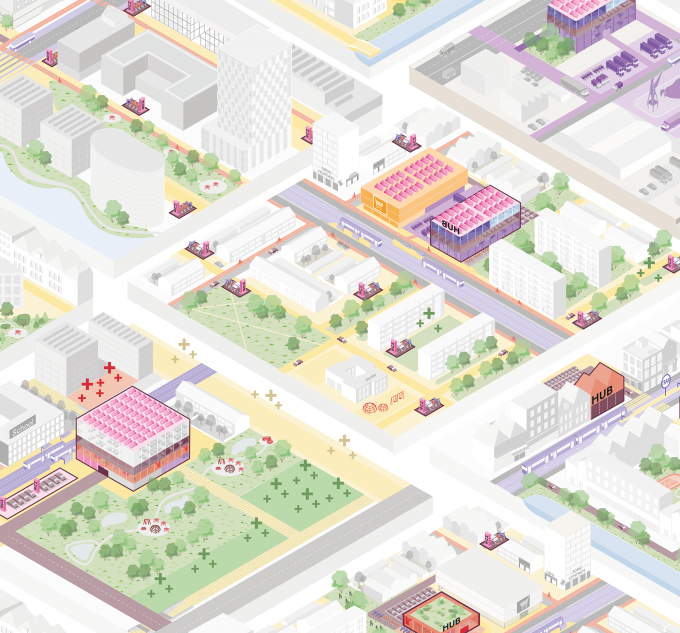