How can mobility hubs land in existing neighbourhoods? This question is central to a study that we carried out with SUM-one, APPM and Vereniging Deltametropool on behalf of the G5 (the municipalities of Amsterdam, Rotterdam, The Hague, Utrecht and Eindhoven). While municipalities are fully committed to the clustering of mobility in hubs for new area developments, cities continue to waver over its feasibility in existing neighbourhoods. Even though the development of a network of hubs in the existing city could be the key to accelerating the mobility transition. 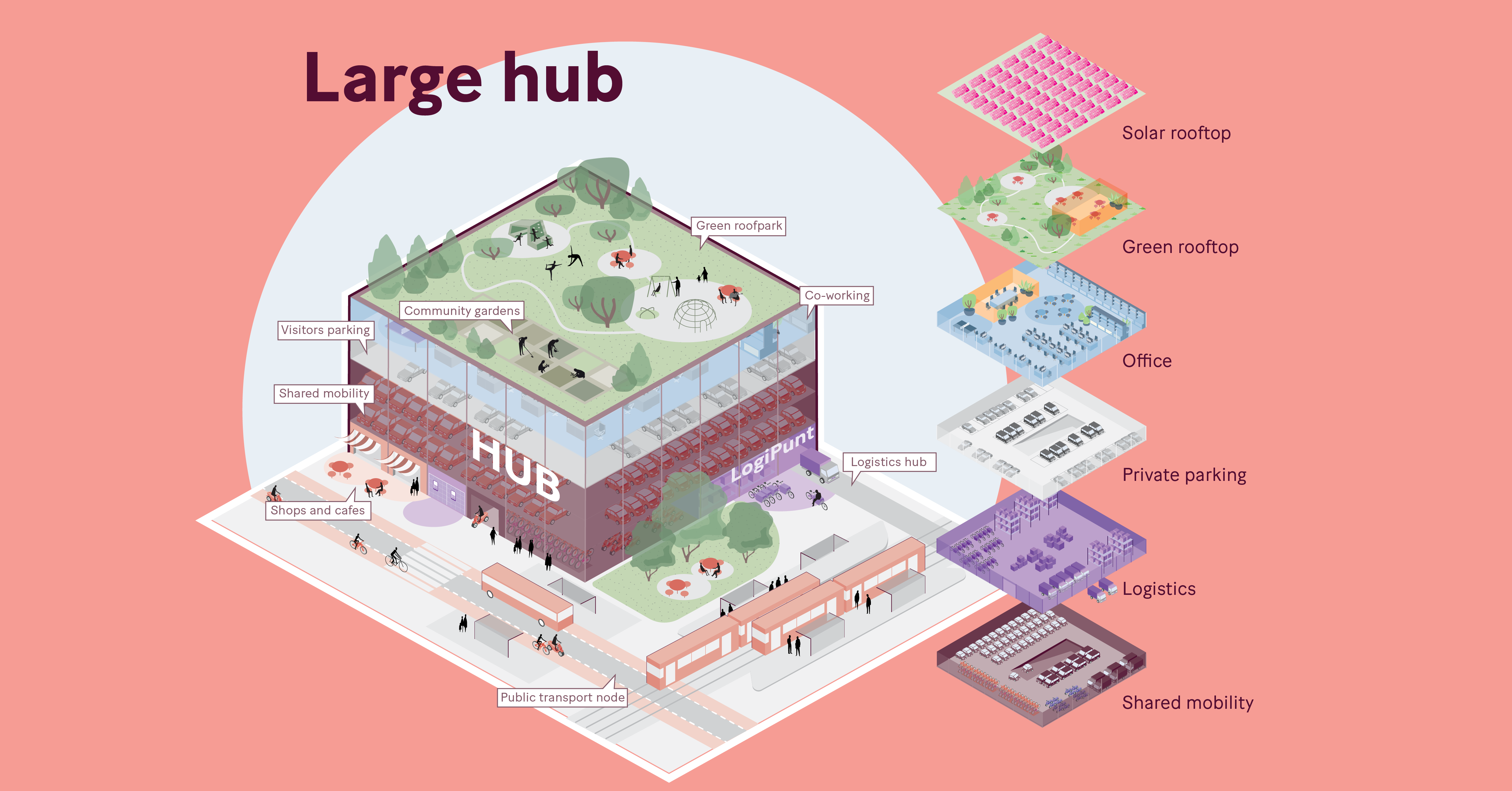 Dutch cities are facing the challenges of keeping their centers attractive for living and working, increasing the quality of their densities, improving air quality, and making their living environments resilient to the consequences of climate change. To achieve this without compromising their accessibility, our mobility needs to be more efficient, sustainable and inclusive. Mobility hubs are an important link in this transition. They are locations where a switch between modalities can take place: places where mobility services and flows converge, with shared mobility as a central component. By linking other functions and facilities to hubs, they can develop into multifunctional nodes for their surroundings. 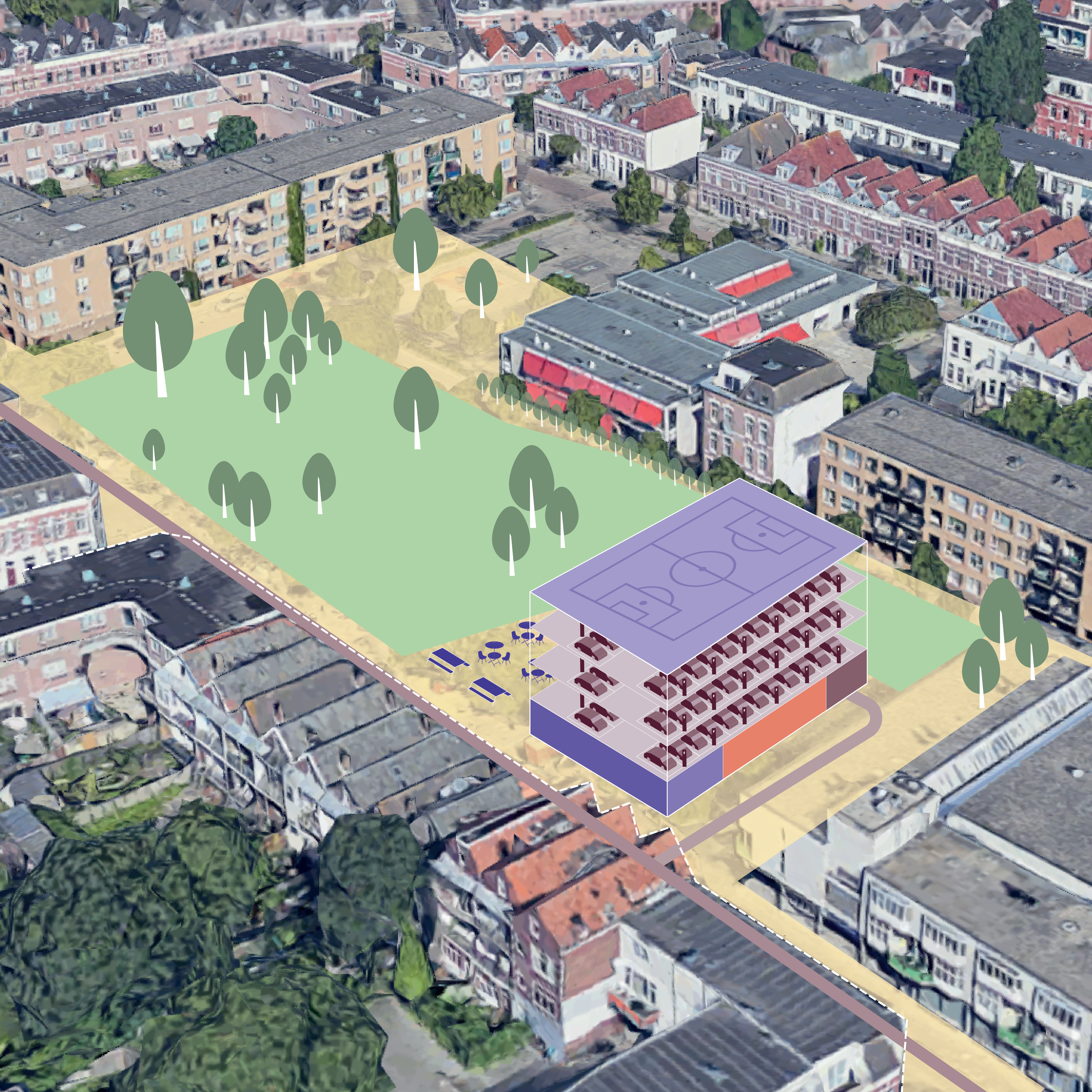 Five areas have been studied to explore the spatial integration and impact of hubs in the existing urban fabric, namely Amsterdam Centrum-West, the Zeehelden- and Regentessekwartier in The Hague, Oud-Strijp in Eindhoven, the Oude Noorden and Liskwartier in Rotterdam and Vaartsche Rijn in Utrecht. These pre-war neighborhoods that weren’t designed for cars, have been identified by the G5 as promising for the integration of hubs. For this study, we used GIS to map the situations and calculate the spatial requirements and gains. We also worked intensively with relevant officials to answer several pragmatic research questions, for example, where do the opportunities for hubs lie, what is the spatial impact on a neighbourhood, how does a network of hubs grow, and what do hubs look like?

Some conclusions in response to these questions are:

With these insights, a first, important step has been taken towards a strategy for mobility hubs in existing areas. Follow-up research is needed on similar strategies in smaller cities and rural areas to bring closer a future with a full network of mobility hubs.

To the research report (in Dutch) 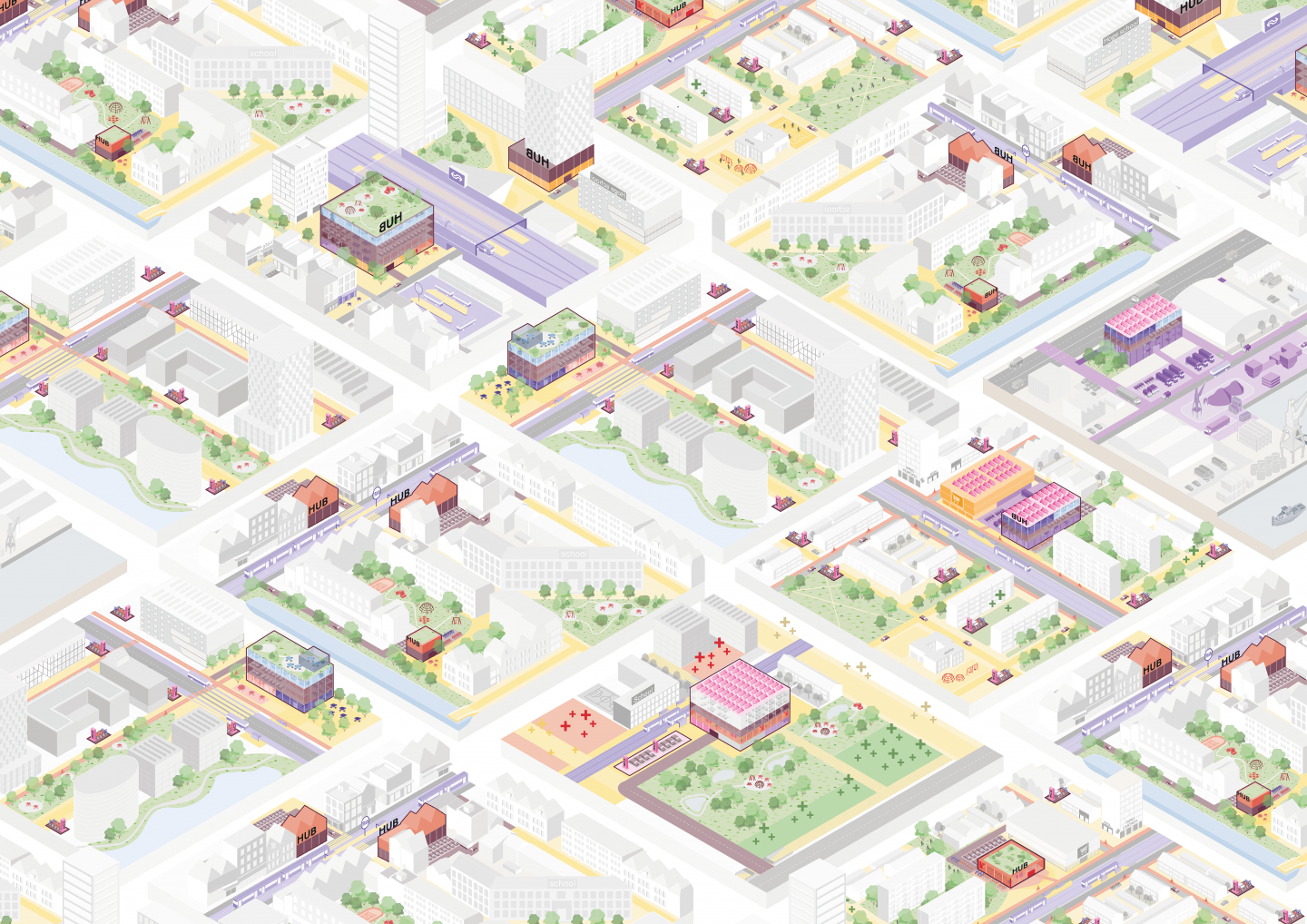 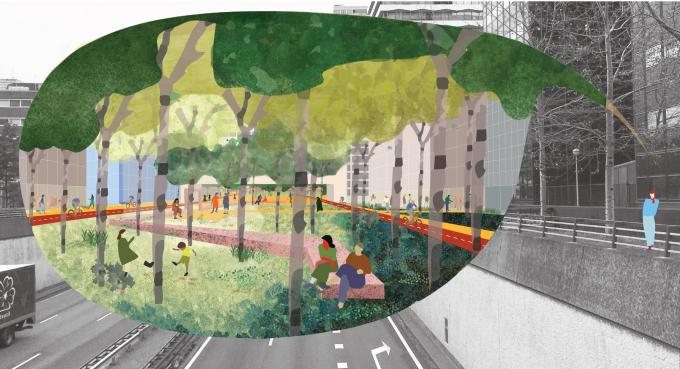 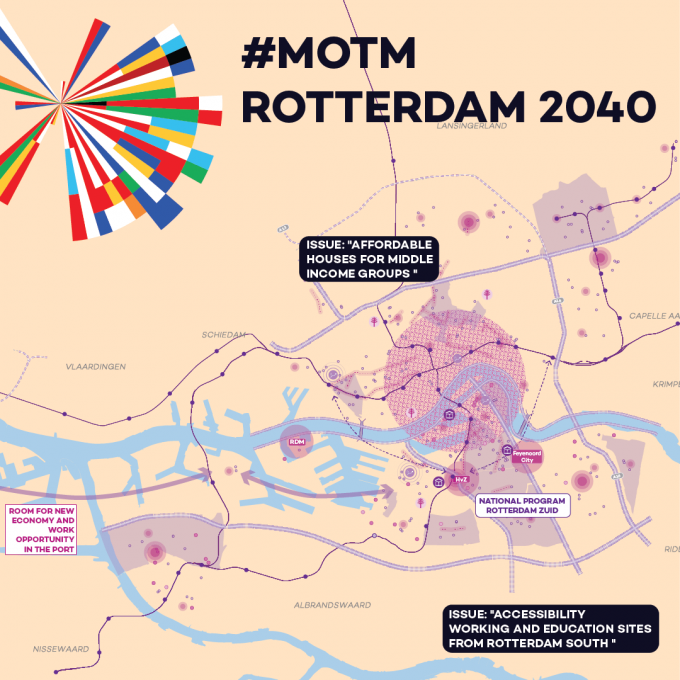