In collaboration with Generation.Energy, we carried out design research into the influence on the landscape of four possible future scenarios for climate-neutral energy supply in 2050. This study ran parallel to the study by Berenschot and Kalavasta, commissioned by Netbeheer Nederland, in which these scenarios were determined. Each scenario has a different impact on the living environment, mainly because the use of space can vary greatly in size and location per scenario. We mapped the spatial effects per scenario and per area type, illustrating the impact on urban areas, rural areas, industry and ports, and sea and coastal areas. Both studies were sent to the Dutch House of Representatives on April 15. 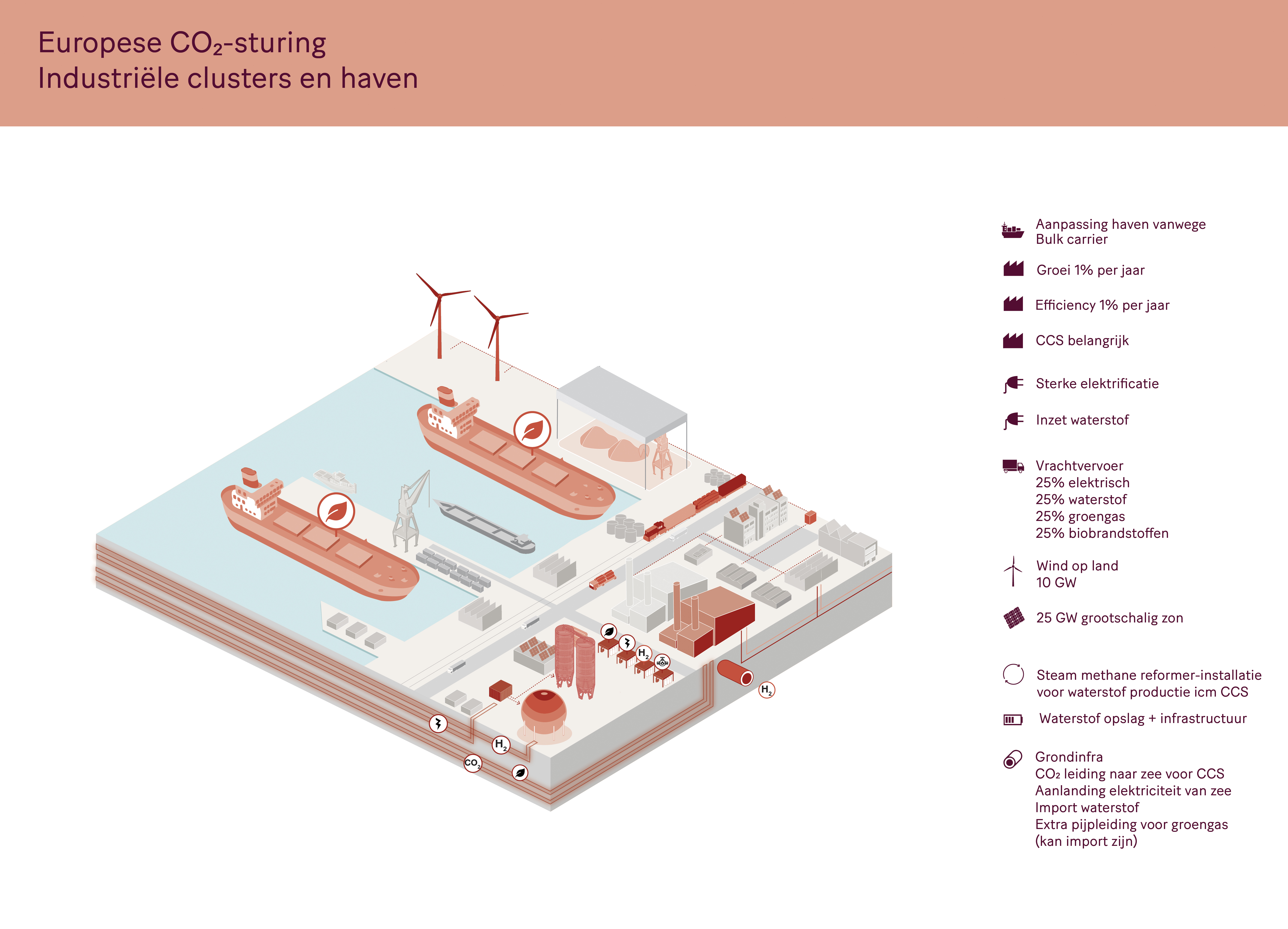 These energy scenarios form the basis of the spatial representation of the scenarios. First the necessities were determined for each scenario, and then the spatial and theoretical possibilities were assessed. In order to map out the spatial impact, the space required for the energy supply was investigated per scenario by analyzing how much space is needed for production, storage, transport, and distribution. The amount of space required can be compared to the theoretically usable space to see if it is sufficient. The theoretically usable space is mapped based on three filters: limitations, potential, and link to the living environment.

Subsequently, these filters and their spatial consequences were examined per scenario. The research provides insight into the possible space requirements, and what could be a possible lack of space for sun, wind, geothermal energy, and biomass. The large spatial differences between the scenarios are connected to regional or national control, and the extent to which large contiguous energy landscapes can be realised. The Netherlands’ level of dependency on international energy networks and suppliers also plays a role. Although this is less influential on the spatial claims for production in the Netherlands, it does impose an important burden on transport networks and European or global generation capacity. By comparing the different options, we can see where the biggest changes, opportunities, and issues lie. 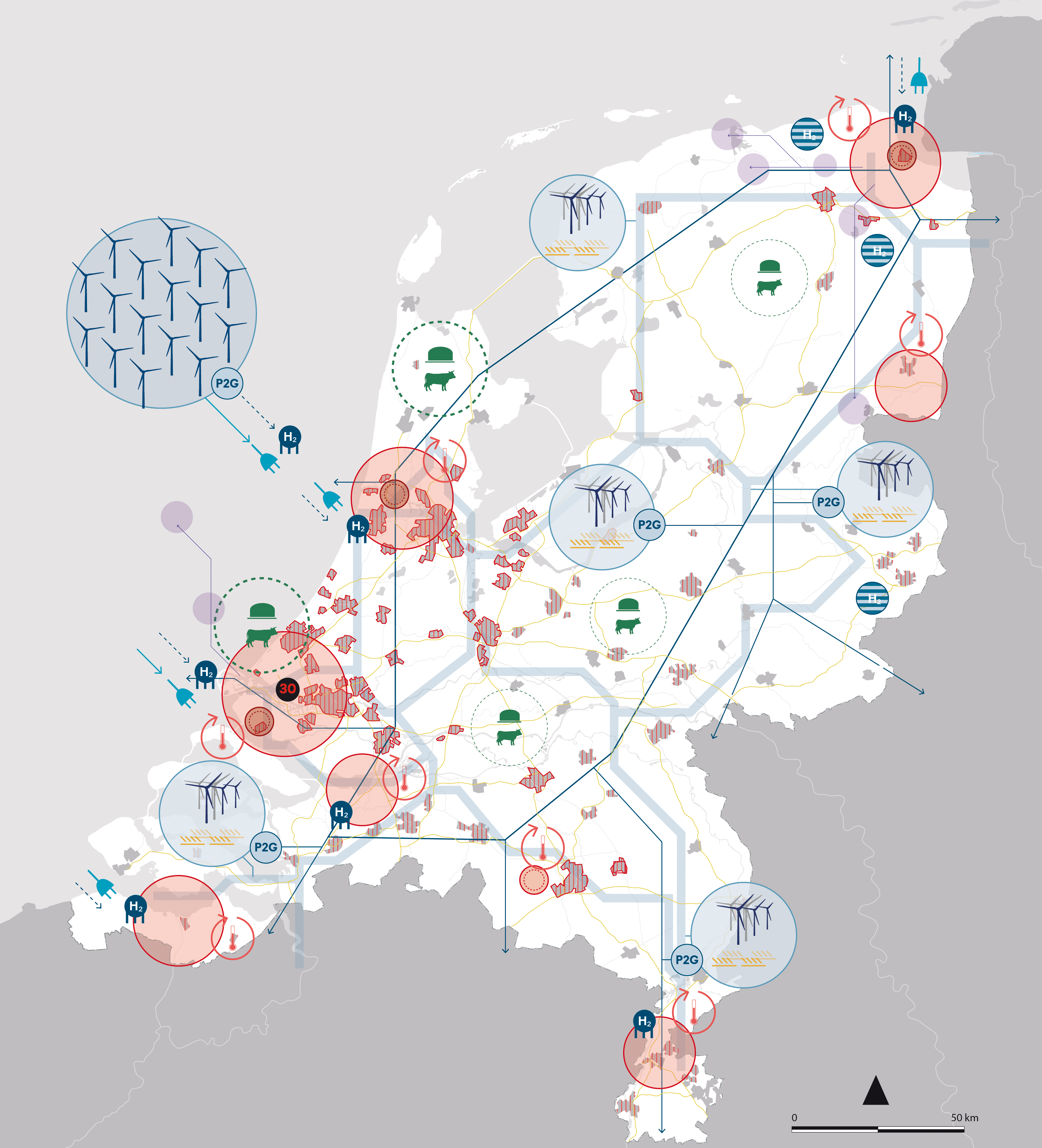 One of the scenarios is based on governance at national level, with many large-scale, regional initiatives and system choices being taken nationally. This scenario generates the largest amount of energy from the sun and wind, both on land and at sea. The high-voltage network will grow, with a large share of electrolysis and the development of a central hydrogen network. The growth of the industry stagnates and becomes sustainable. 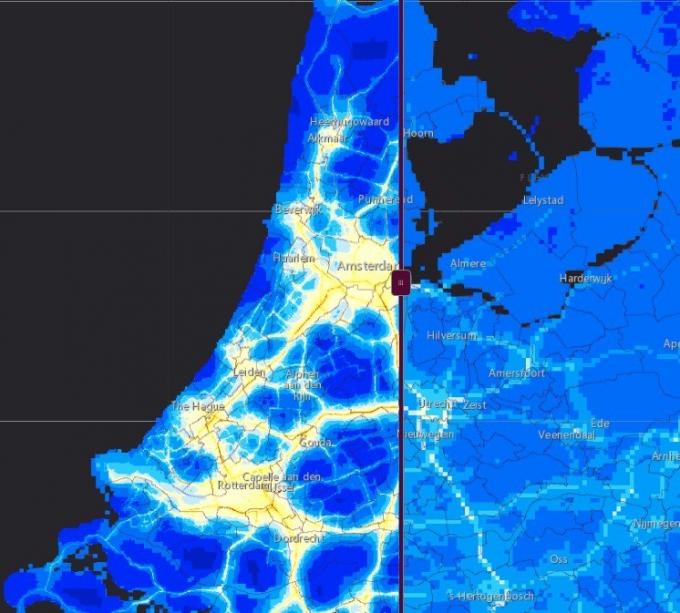 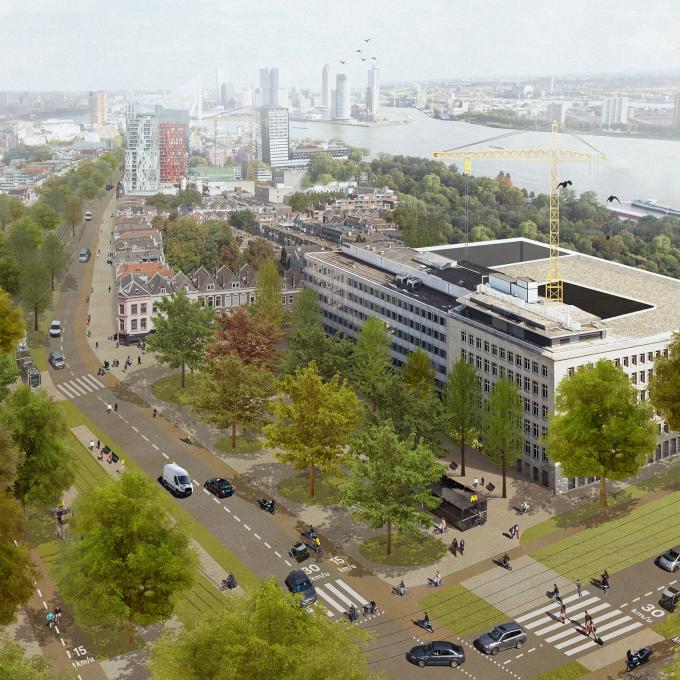 27-02-2020 Healthy, safe and accessible with the Rotterdam Mobility Approach 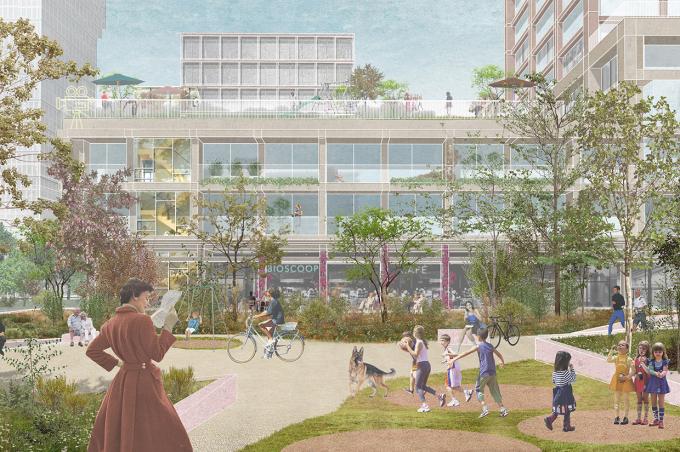