We celebrated the merger of Posad and Maxwan and that we now work as one office on tomorrow's cities on Thursday 11 April 2019. To mark the occasion, we organised the first edition of PosadMaxwan Urban Talks. Moderator Michael Tjia asked four talented young professionals working at the interface of city and society to share their thoughts on the cities of the future.

As a member of the Nationale DenkTank 2018, Marthe looked at ways of accelerating the transition to the circular metropolis.

Every year, the Nationale DenkTank asks a group of young thinkers to come up with concrete solutions to social problems. In 2018, a multidisciplinary team of 20 academics – including a physicist, economists and architects – reported on ways of accelerating the transition to the circular metropolis. As part of her research for the project, Marthe studied the Cairo neighbourhood Manshiyat Naser, nicknamed Garbage City. This informal settlement revolves around rubbish: all the Egyptian capital’s waste is collected and processed here. Though it lacks much infrastructure, Garbage City is linked to the rest of the city via its waste sorting system. The residents know a lot about materials and their value and see rubbish as their greatest asset. 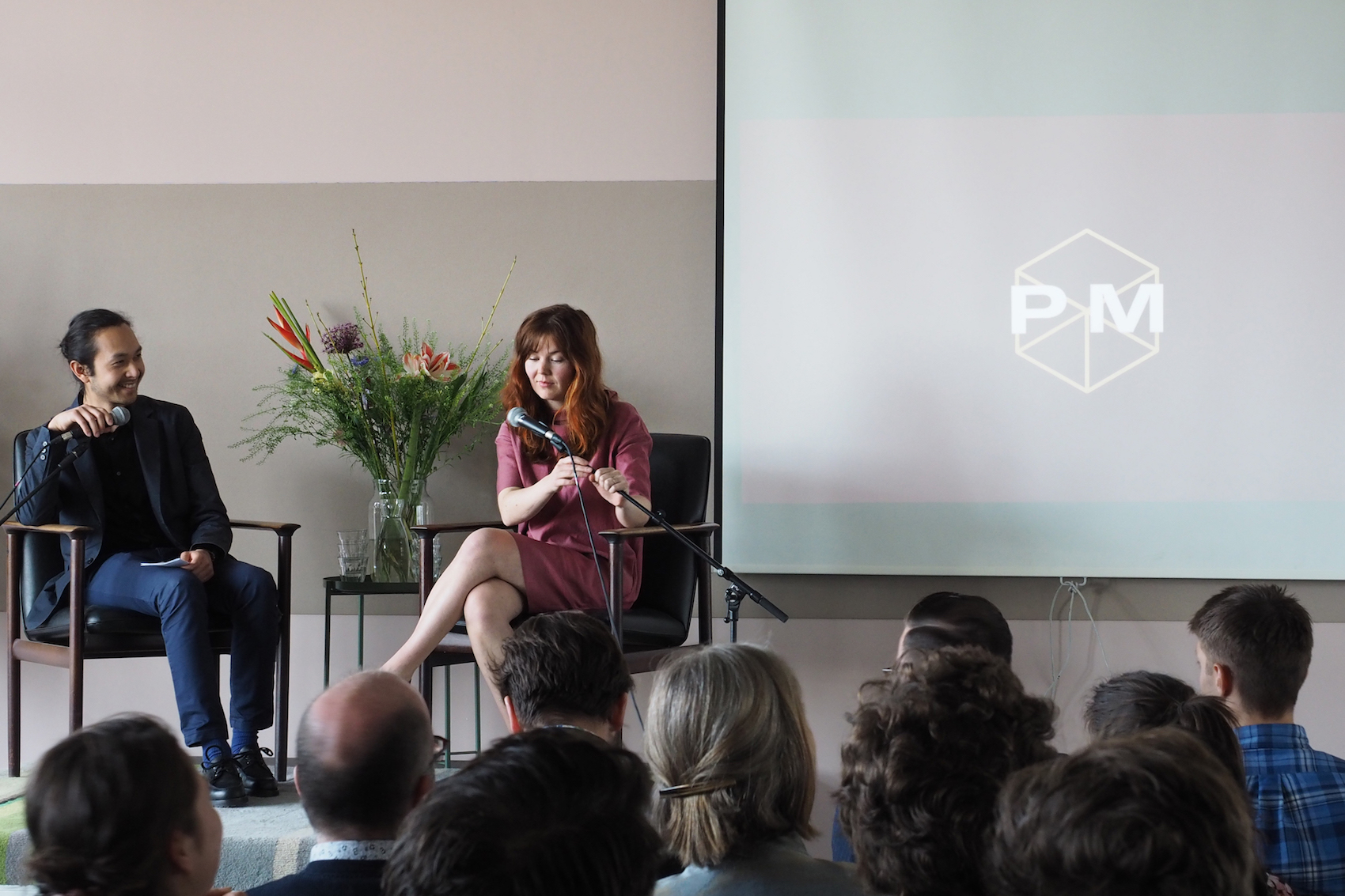 According to Marthe, we could create a circular economy within four months if raw materials became more expensive and labour relatively cheaper. This could be accomplished by lowering taxes on labour and increasing them on raw materials. New products would then become much more expensive than recycled ones. The organisation Ex’tax works to further this goal.

Building a circular economy will be achieved one step at a time, starting with low-hanging fruit. One example is insulation material, which is produced in vast quantities and generates huge amounts of CO2. In our efforts to reduce emissions as part of the energy transition, we shouldn’t forget about CO2 created through the manufacture of new materials.

In sum, the circular economy doesn’t just involve material cycles but also materials sustainability. Many construction materials can last 200 years but are routinely destroyed within a much shorter time. 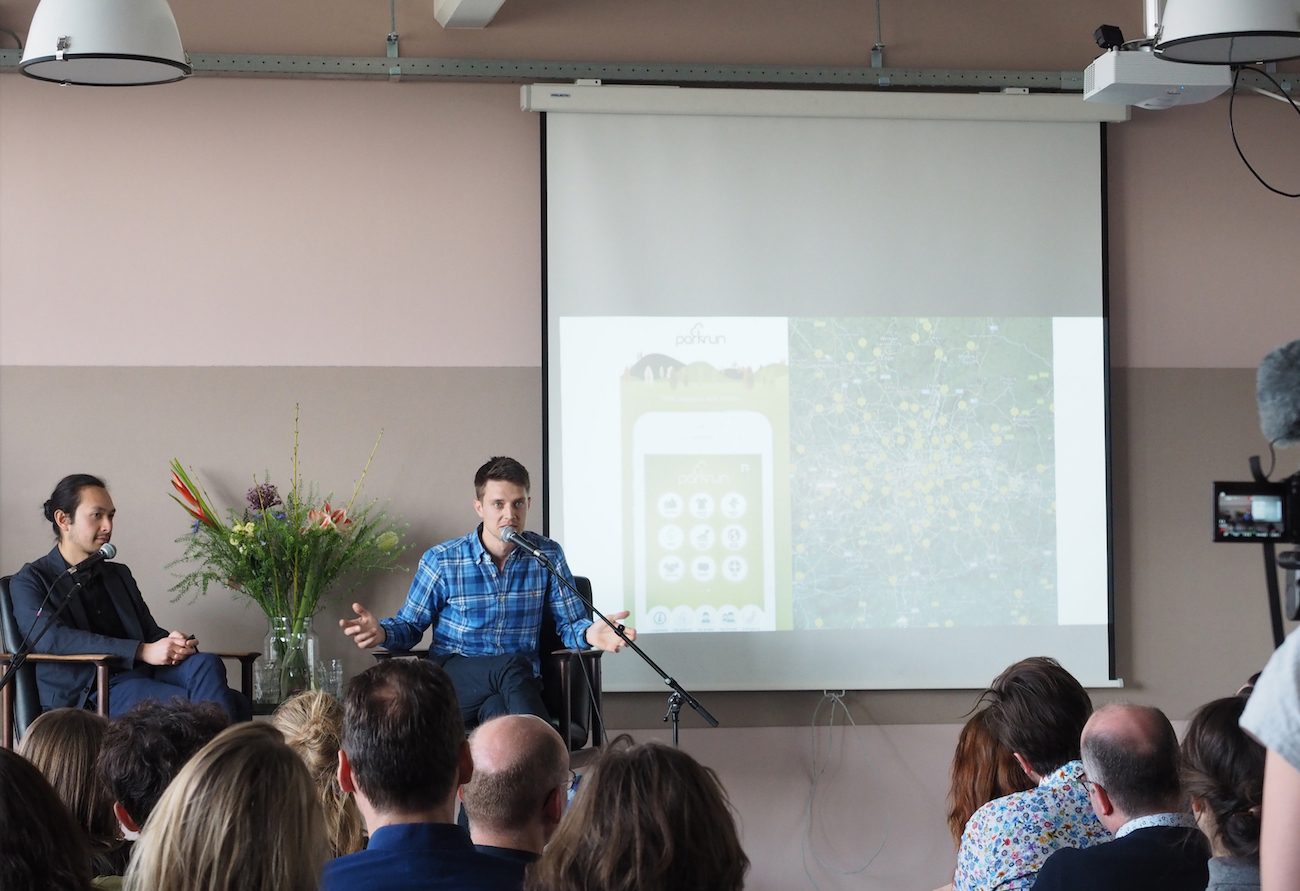 Mart uses crowdsourced data to gain insight into how people actively use the city and translates the findings into new spatial strategies. He and Thijs Dolders founded the landscape architecture firm Track Landscapes for this purpose in 2016.

Running and cycling are popular sports. In Rotterdam alone, 300,000 people – nearly half the city’s population – do it on something of a regular basis. Track Landscapes’ research using app data has yielded a number of interesting insights. For instance, rather than running in parks, Rotterdammers tend to run around their edges, along busy roads. Roads are simple and straightforward, and people want clear jogging routes. But roads are also the places where the highest concentrations of particulates have been measured. An individual’s mental map determines his or her choice of running route; it’s easiest to take a regular, familiar route. 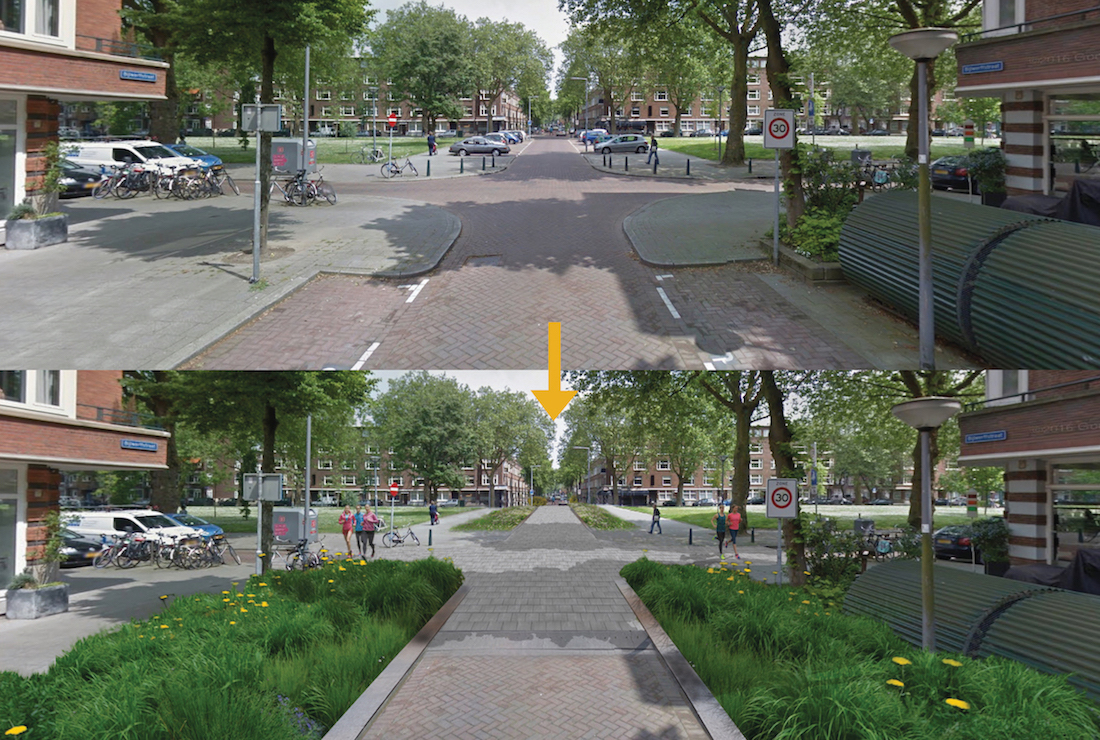 In spatial terms, one solution for making street running more pleasant would be to make roads pedestrian-friendly. For instance, level pedestrian crossings would save runners worrying about kerbs while serving as speed bumps for cars.

In Amsterdam, in contrast to Rotterdam, many people run in the Vondelpark. Here, little things make the difference. For instance, the Vondelpark has a 3km jogging circuit, while the one in the nearby Rembrandtpark is only 1.2km, too short for many runners.

According to Mart, the Parkrun app is useful. It allows runners to connect with each other, and participants can set up and take part in events. There’s a risk, though, that if too many people attend these spontaneous events they could cause disruptions in public space. 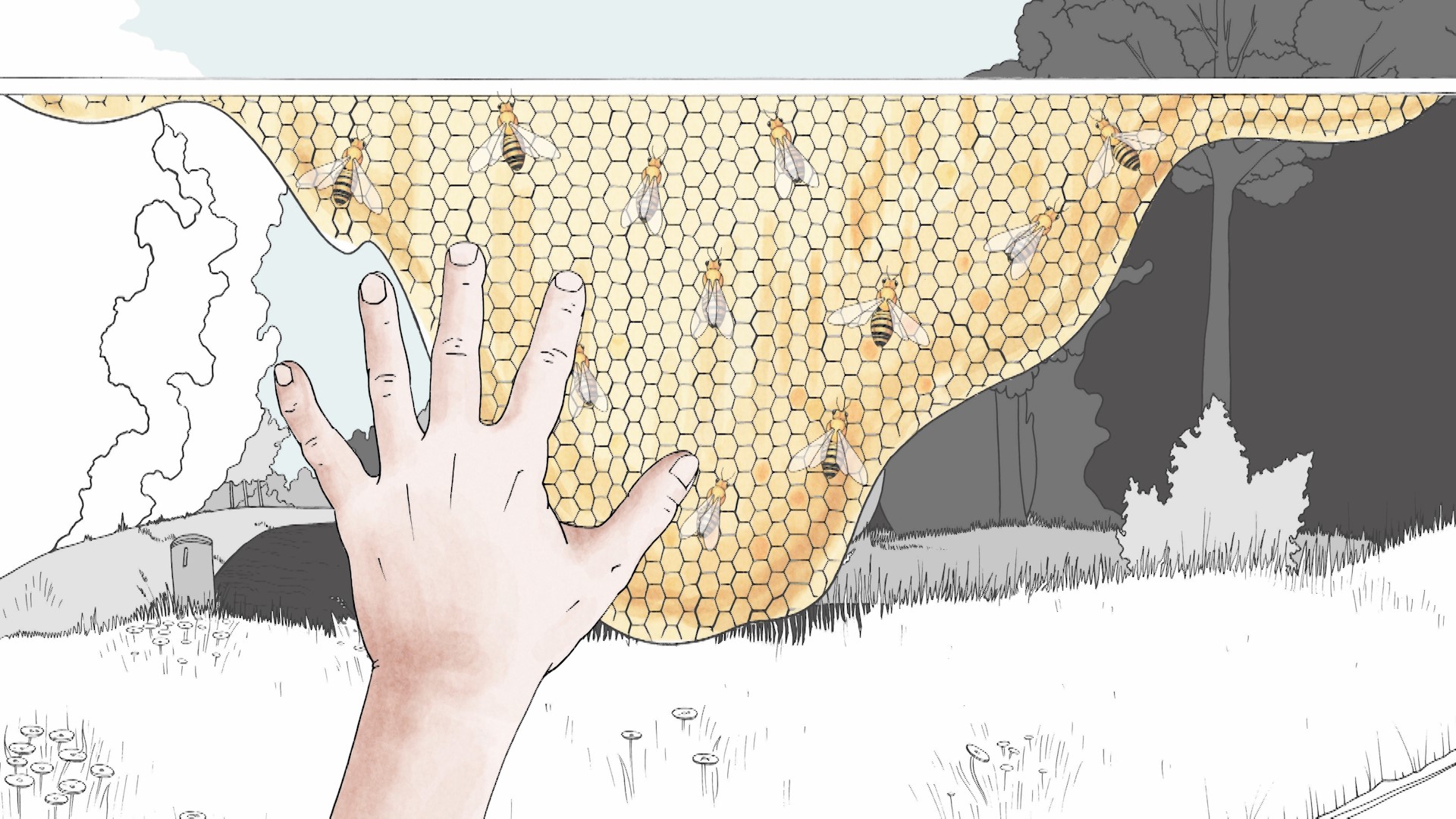 Lydia graduated from the Design Academy Eindhoven in 2018. Her degree project, a series of animated films, shows how animals live alongside people in cities. She views nature as the key to a healthy city.

Many city dwellers have become separated from nature. Design and urban planning don’t take animals into account. Yet cities are the natural habitats of bees, rats, pigeons, foxes and other species. Lydia’s animations explore this theme.

For example, BuzzStop shows how humans and animals alike could benefit if beehives were installed behind the plate glass at bus stops. Passengers would have something to look at while they waited, and bees would profit from the varied local year-round vegetation. Cities could provide these endangered creatures with better prospects than monocultural farms with brief annual flowering periods. 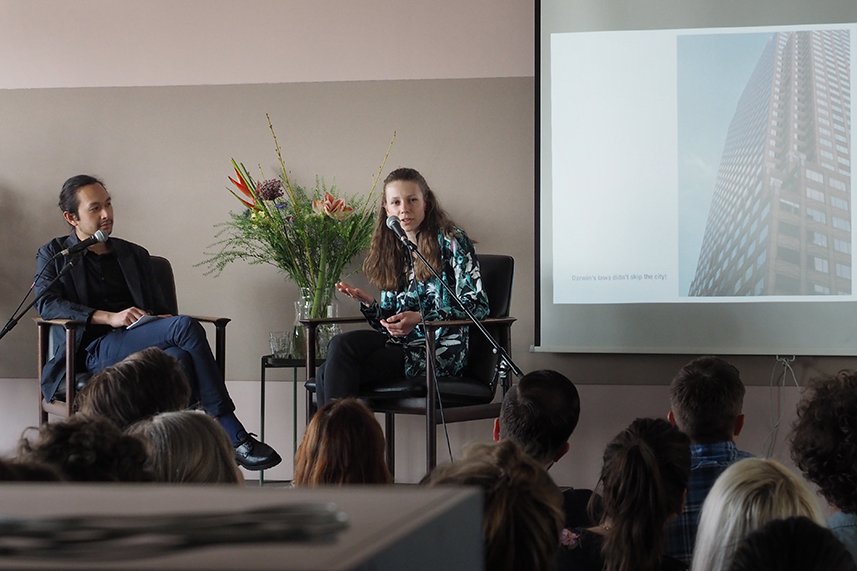 Another animation, Onesizefillsall, shows how lobsters set a good example on clothing consumption. When a lobster grows a new shell, it eats its old “coat”. So why shouldn’t we turn our old clothes into food instead of throwing them away?

According to Lydia, the main added value of nature in the city is that it means we don’t have to leave town to get outdoors and relax. You can open your front door and instantly be in urban nature.

www.bylyds.com (here you can view all animations) 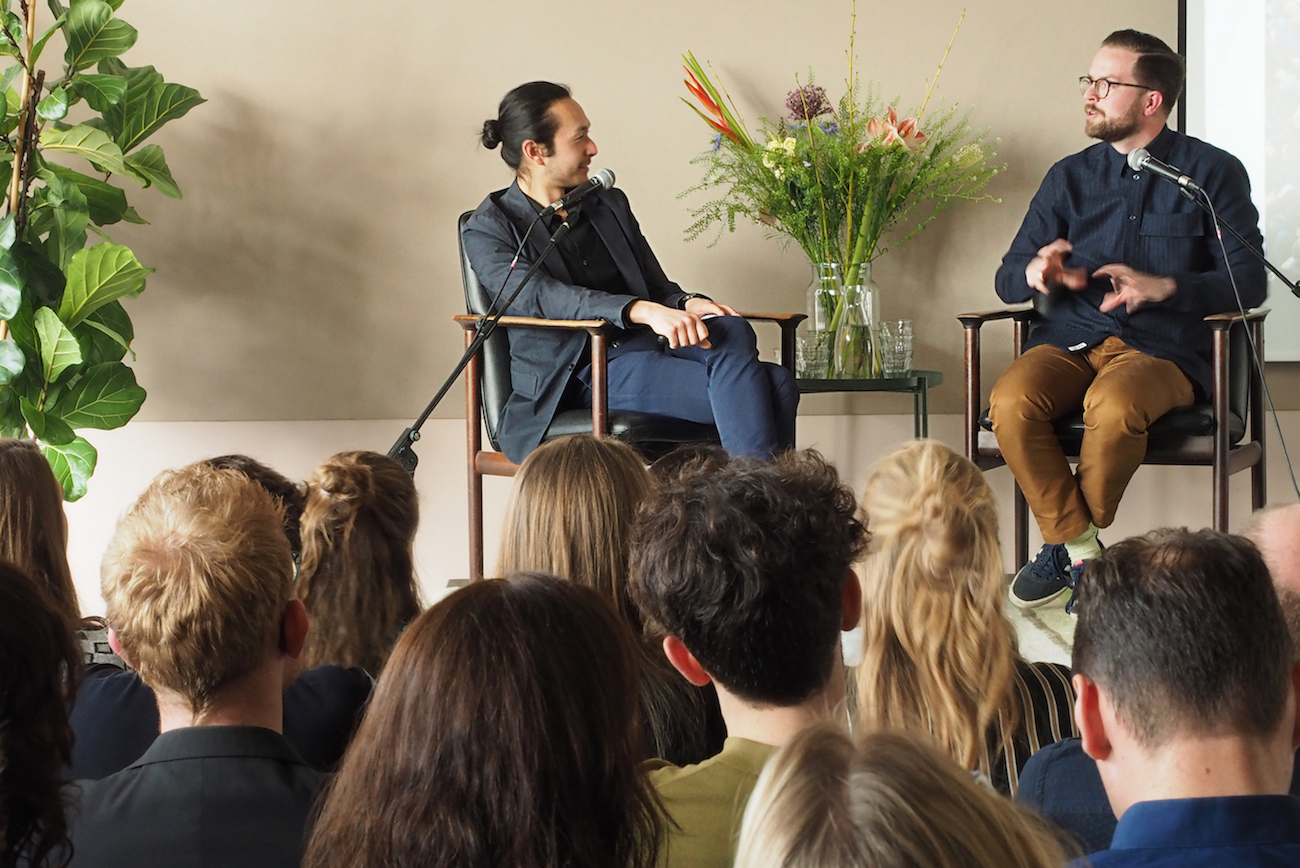 When not photographing a seething crowd of football supporters, Willem likes to turn his camera lens on the city from a different angle.

Rather than photographing a football match, Willem prefers to shoot the setting around it. The background of fencing, cages and concrete tunnels creates the impression that any supporter could launch an attack at any moment. The fact that so many people’s moods depend on how well a team does its job also fascinates him, as well as how total strangers bond through letting off steam after a team wins or loses a match. 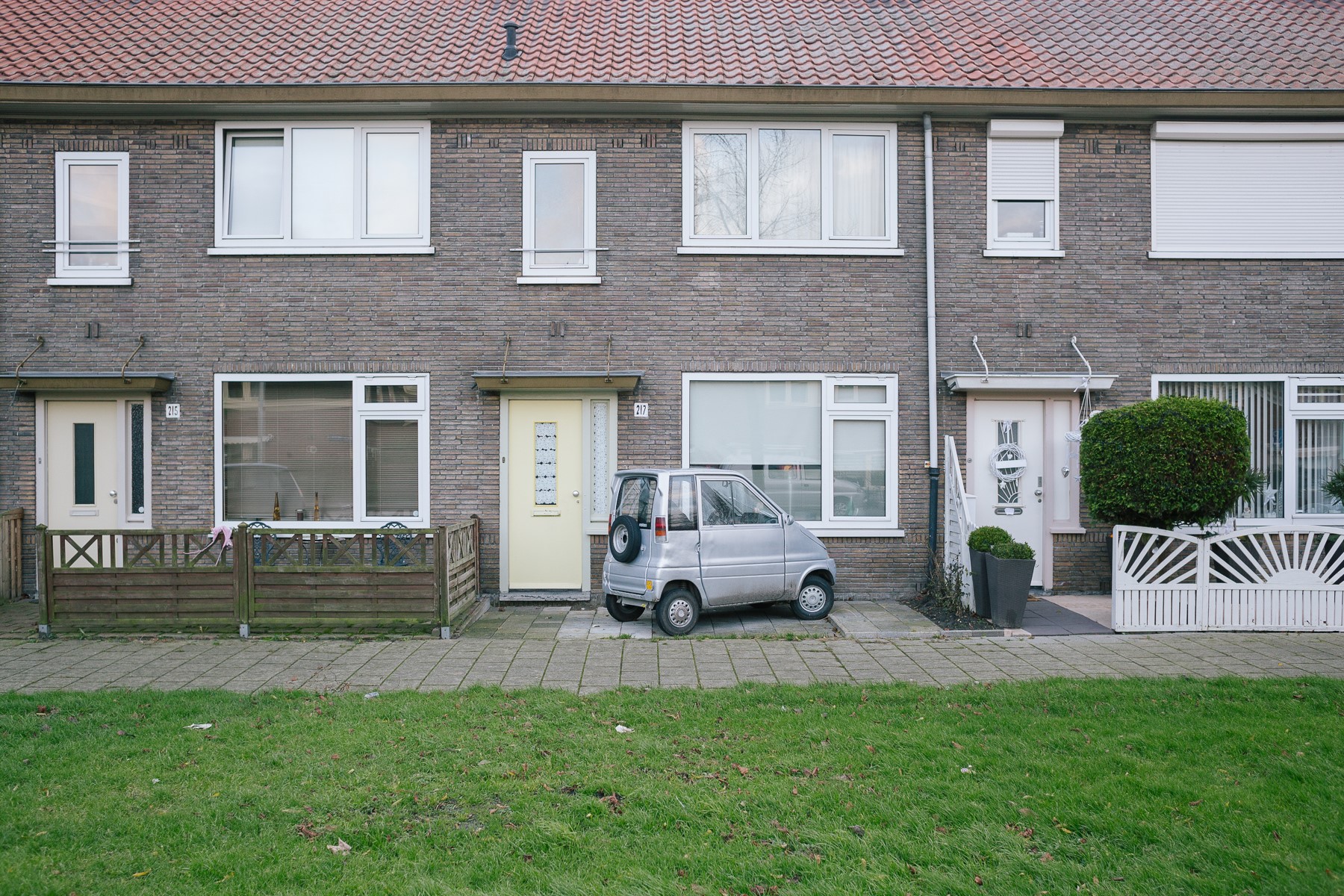 Willem is always on the lookout for uncommon moments and places in public space. His project Kabouters en Adelaars (Gnomes and Eagles), a collection of photos of unusual front gardens, arose out of this interest. People in the Netherlands love their front gardens, but not all of them opt for the usual hedges, plants, tiles and grass. Some prefer to claim their little piece of the street in their own special way, whether it’s as a mini parking space for a mini car or a patch of urban jungle. These spatial anomalies invite us to speculate about the people who live in the houses behind.

At first sight, the work looks like simple urban photography, but it goes further than that. Willem photographs Dutch society through spatial elements. 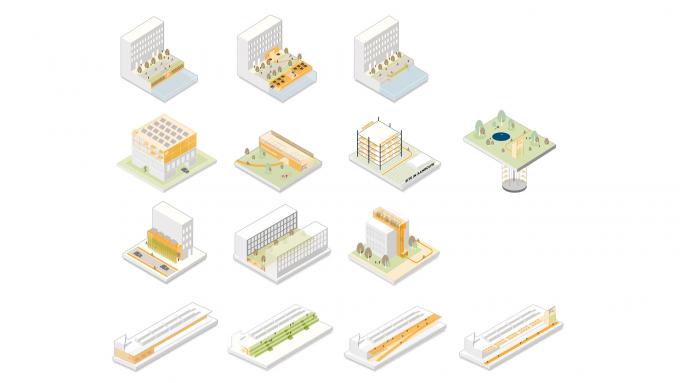