The high-speed train brings Europe within reach! We investigated how a high-speed rail link brings urban areas closer together in terms of travel time. For this we focused on the European megalopolis, the area between roughly Manchester and Milan. It can 'shrink' considerably in size thanks to fast trains and good connections, measured against ordinary train traffic.

A high-speed train will take you from Brussels to Paris, for example, in an hour and a half, whereas a normal train will take nearly an hour longer. Milan, on the other hand, lacks an extra fast connection and therefore hardly moves any closer on this map. The fact that cities can be reached more quickly and easily with a high-speed train is a great opportunity for economic growth. Especially when you consider that the megalopolis consists of the most economically active regions in Europe; from the Milan-Turin agglomeration via, among others, the Ruhr area and the Randstad to the English West Midlands. In addition, high-speed trains are a clean alternative to planes, which results in a considerable CO2 reduction.

Do you also want faster and easier train travelling through Europe? Then share this map and support the European Commission in its ambition to double high-speed traffic by 2040! 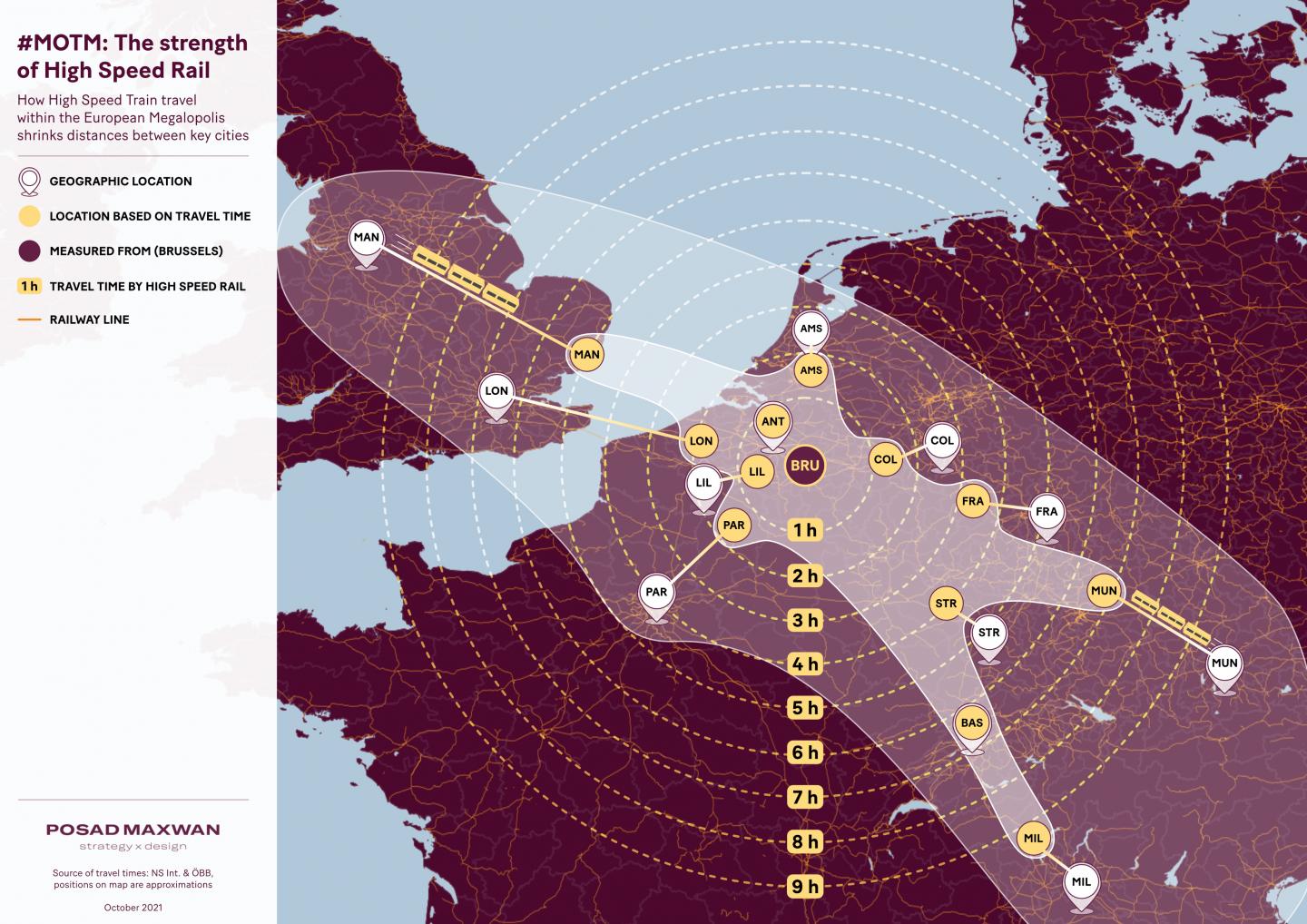 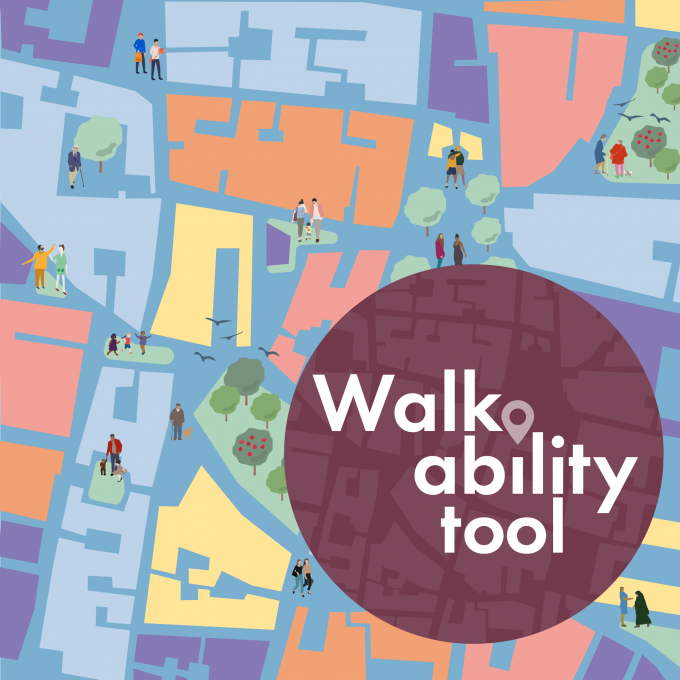 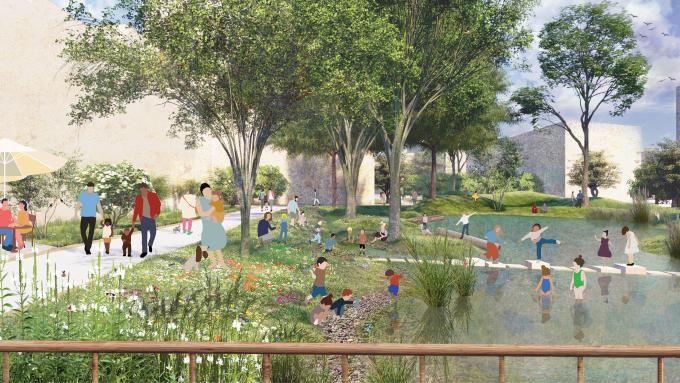 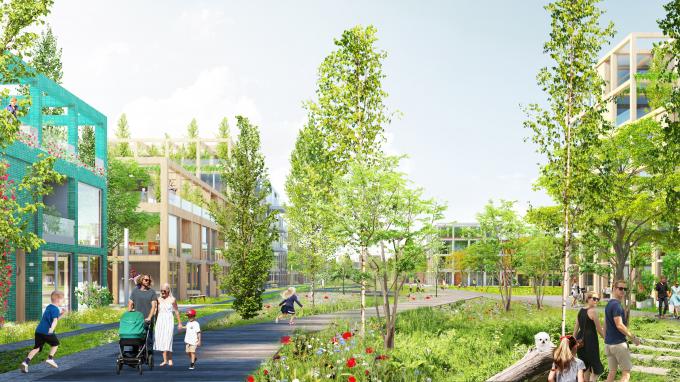